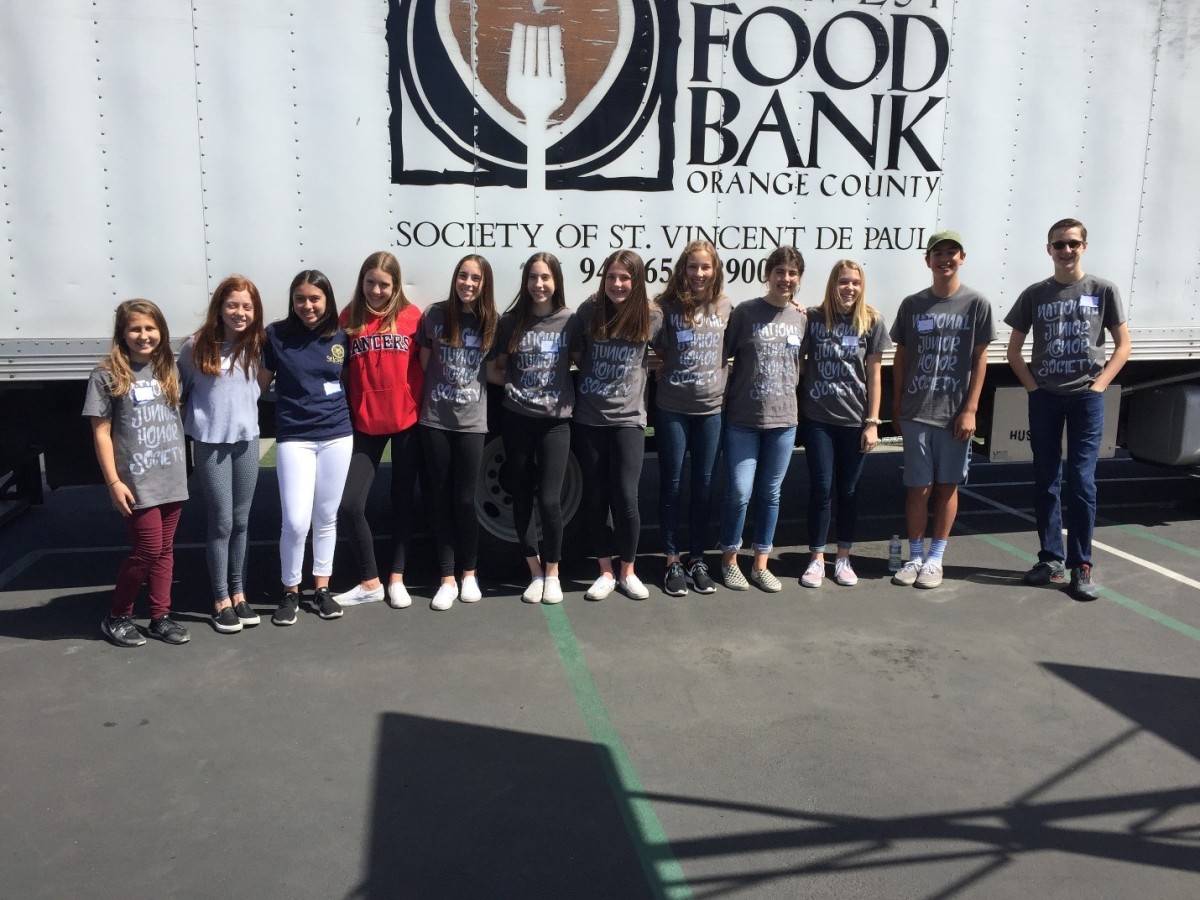 Our members are active throughout the school and community.  Aside from maintaining good grades, high standards for behavior and personal commitments outside of school, our members also participated in three service projects this year and numerous meetings.  Two of the service projects were done as a group, and the third is an independent community project of their own design.

For the first project students collected money for victims of hurricane Maria and was very successful.  For several weeks they visited classrooms they were assigned to and spoke in front of the entire school at chapel services to encourage students to bring donations.  The school was divided into three sections, two in lower grades and one group in middle school.  Within the group they competed to see which grade level would bring in the most money.  In return, the grade level which brought in the most money received a free-dress day.  In the end, the chapter raised over $1500.00.

The second project took place in February and March and consisted in members volunteering a Saturday afternoon to the 4th Saturday Food project.  Members participated on their chosen day and reported enjoying this afternoon of service very much.

The third project had members using their creativity and contacts to create, propose and serve in the community at large.  They did such varied things as helping blind children, distributing clothing to unemployed people, serving food at Little League events, helping children at Caterinas Club, cleaning up at the beach, helping the preschoolers in Peru, and many more.

In April we had our yearly induction ceremony in which 21 new members were inducted.  It is a great turnout and we are looking forward to working with these new members over the next years.  Each Friday all our members can be recognized around the campus as they wear their NJHS t-shirts.  If you happen to run into one, congratulate them on achieving and maintaining such high standards!

I am the principal of St. John's Lutheran School and a proud dad of two girls at SJLS! View all posts by jhollatz

This site uses Akismet to reduce spam. Learn how your comment data is processed.

Farewell Service & Reception for The Hayes Family⠀
Catch up on the St. John's experience! No matter where this summer takes you, on campus or off, St. John's is here for you. ⠀
Hey Mustangs - St. John's Annual Ice Cream Social is coming up THIS SUNDAY, August 1st! ⠀
Round FIFTEEN! Where's Johnny Stang? 💙 🐴 💛 ⠀
Family VBS Nights @ St. John's Orange - TONIGHT!⠀
Excited to welcome @mobites411 to the Ice Cream Social this Sunday! Check our stories for the delicious details…
Loading Comments...