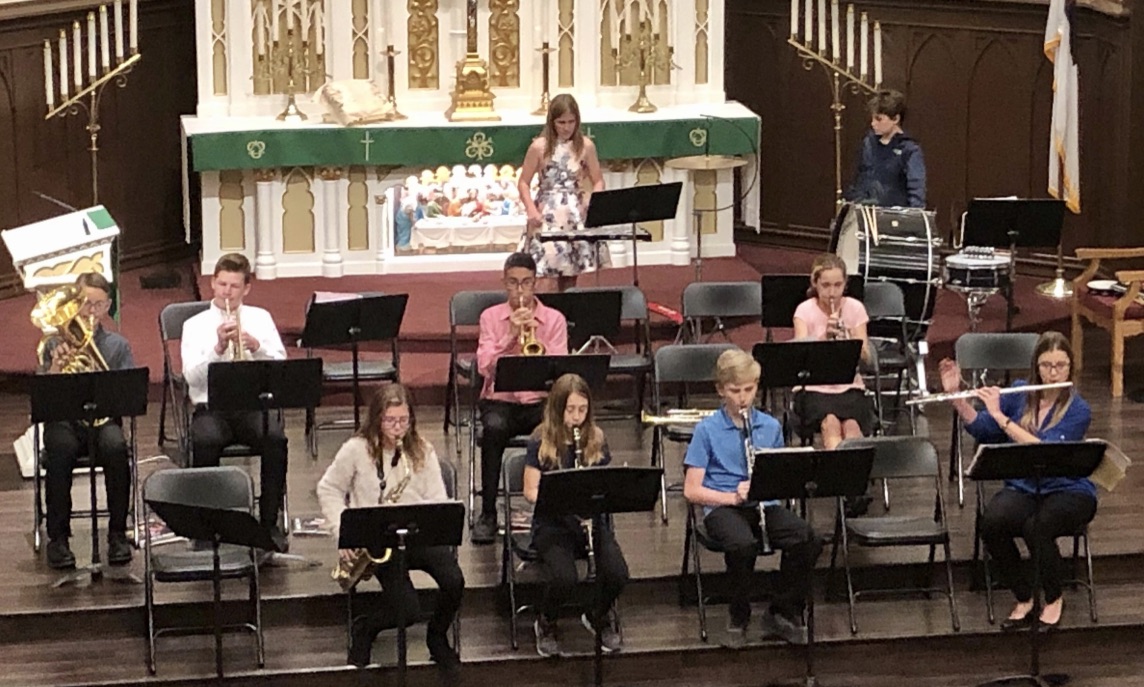 Thursday, November 21st was an evening of collaboration and celebration by the middle school music students!  These students played a concert in the church sanctuary, offering their praise to God and demonstrating the results of their hard work.  The middle school praise band and praise chorus “Musicking for Jesus” kicked things off by singing a variety of Advent, Christmas, and general praise songs.

This band included student singers, percussionists, bassists, and guitarists.  Next up was the intermediate band, composed of 5th-7th graders in their second year of band.  This group especially enjoyed playing “Creatures in the Attic,” which included a variety of unusual instrument techniques such as a trombone glissando, key-clicking, and playing whatever notes they wanted!  Then came the handbell choir, which played a couple of pieces based on classical music themes.

The advanced band played next, playing a variety of songs including the hymn “Psalm 42,” a medley of Sousa marches, and a fanfare and processional.  The concert ended with an audience favorite by both the intermediate and advanced bands—Raiders March from the Indiana Jones movies! 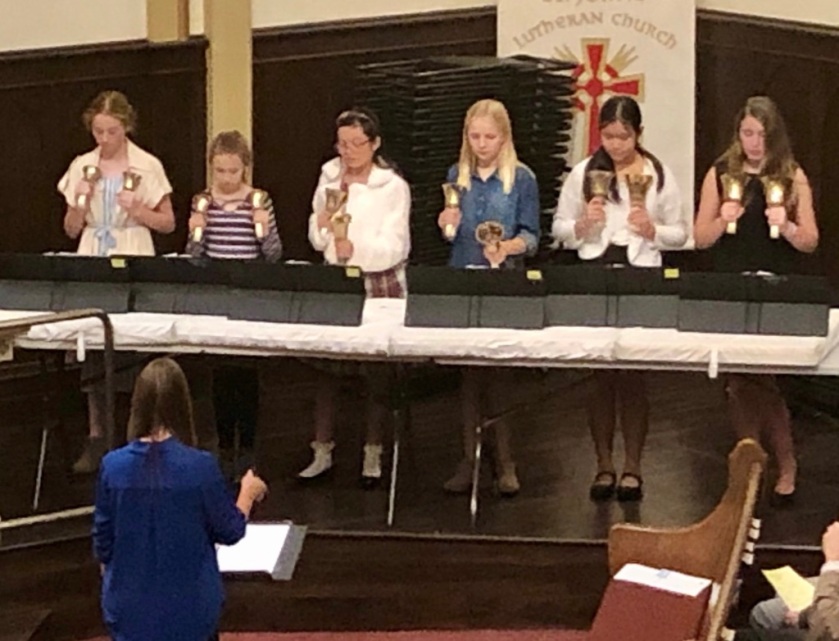 I am the principal of St. John's Lutheran School and a proud dad of two girls at SJLS! View all posts by jhollatz

This site uses Akismet to reduce spam. Learn how your comment data is processed.