During elective class, we have an amazing time together laughing, rehearsing, and coming up with unique ways to tell stories.

All of this practice helps the Drama Club students with their most important work: sharing God’s word. The Drama Club has performed throughout the school year in chapel and at the fall pep rally. Their skits emphasize the truth of God’s love and His calling in our lives through humor and drama.

As their teacher, I am thankful for all the Drama Club students’ hard work and their willingness to get up in front of the school to share the Good News!

We are looking forward to a great spring semester-the Drama Club will be performing in chapel throughout it, and lead the school through our Holy Week chapel series before Easter.

In Mrs. Fink’s 4th Grade class, we wrapped up our last history chapter on California Exploration and Settlement with a choice-board activity. Students were able to decide how they wanted to share their knowledge of the material. They were given a variety of options, including a board game, a newscast video with a green screen, making posters, or trading cards.

The students were excited to be able to share their knowledge of the chapter in their own creative and unique ways! Our classroom has also been transformed into a harbor. As a class, we decorated our desks to look like boats. The students loved creating parts of the boat with simple materials like paper and popsicle sticks! 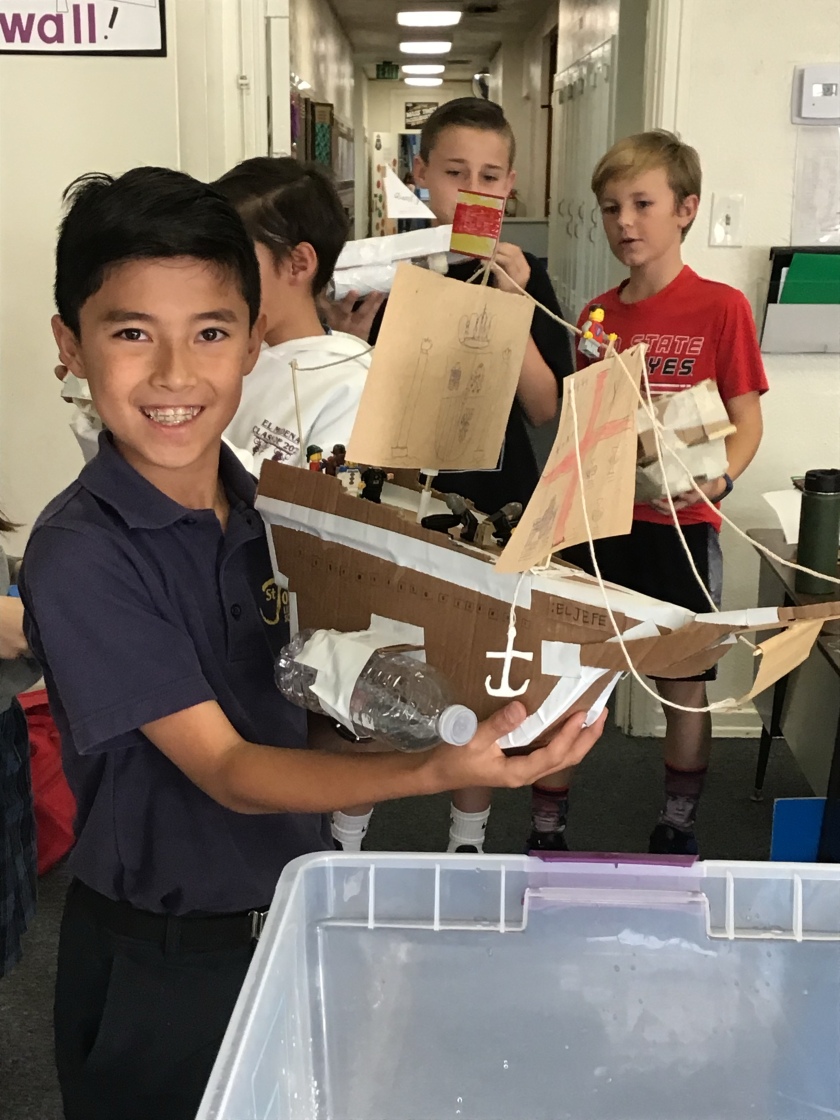 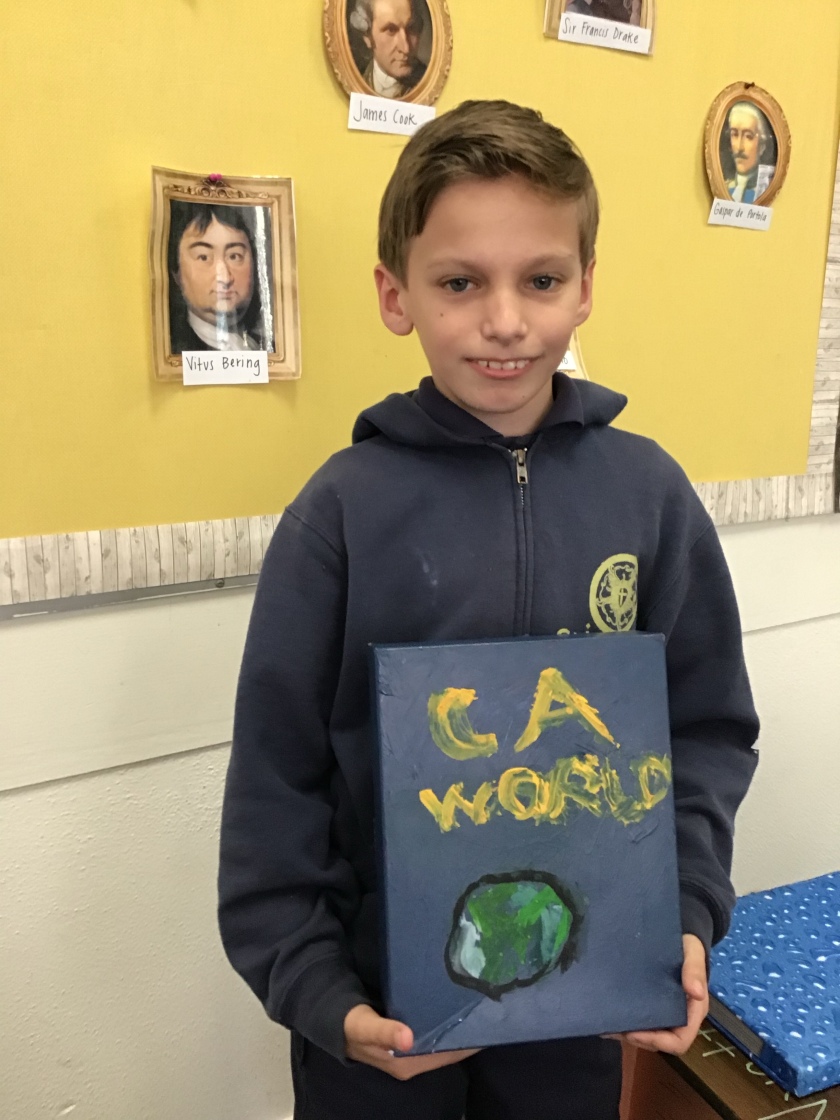 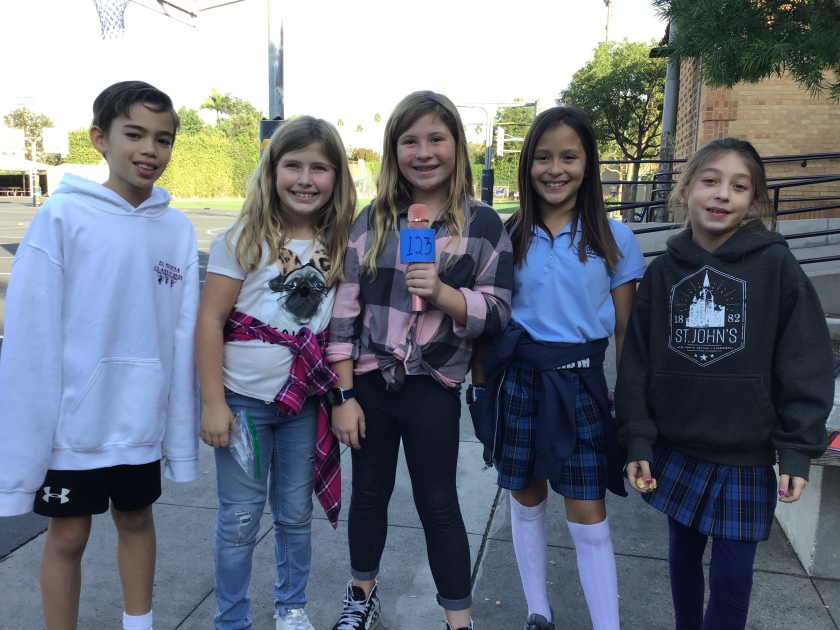 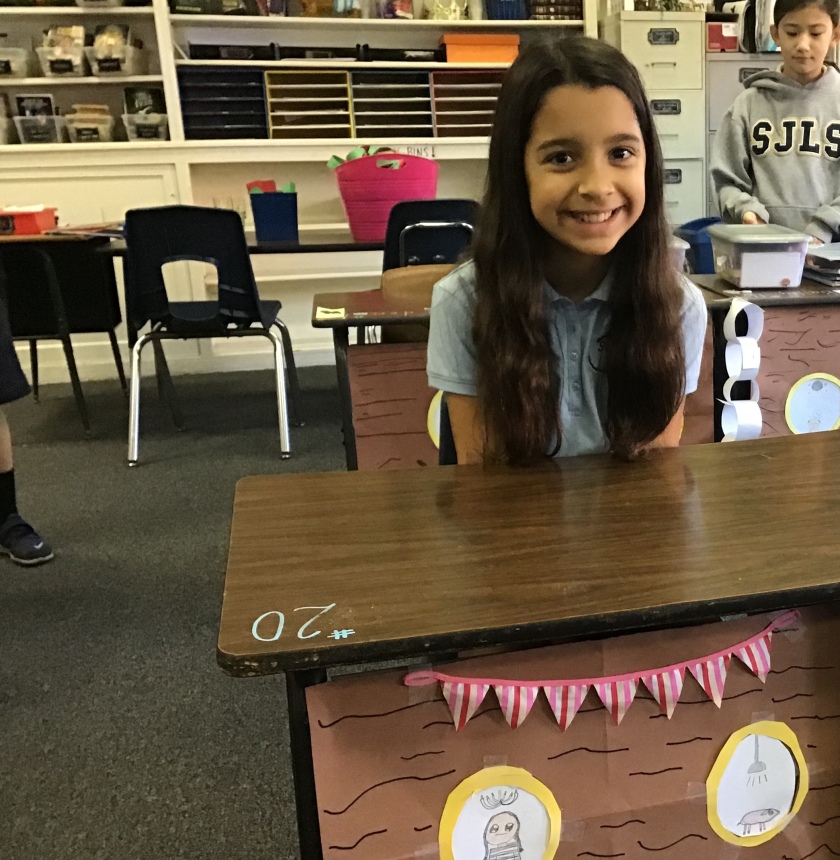 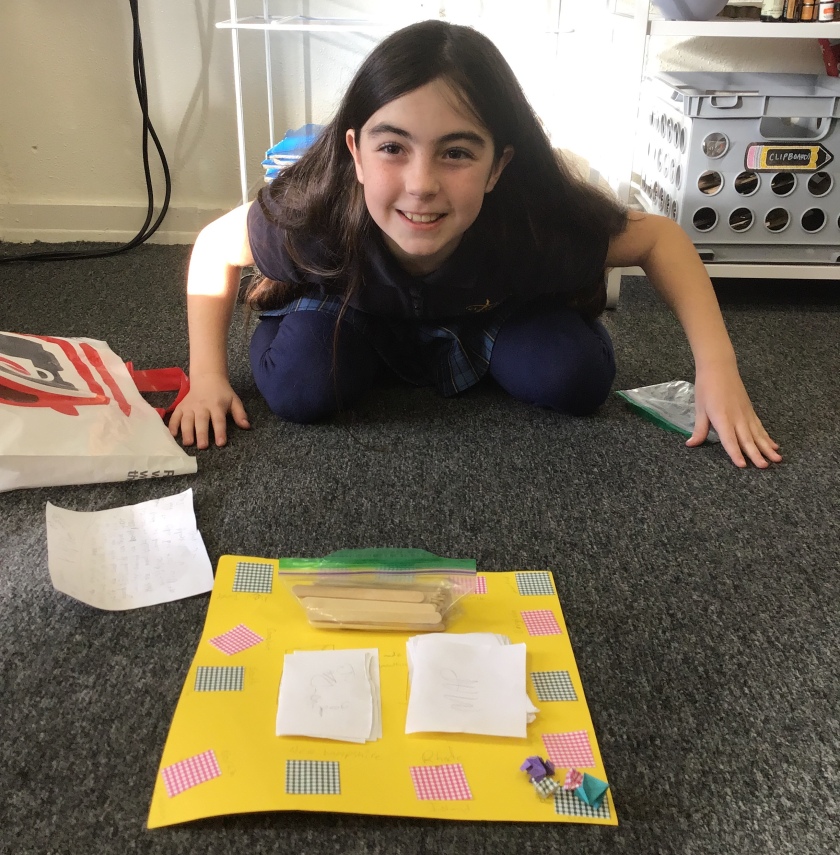 This week third grade learned about Isaac Newton, force, and magnets. The students enjoyed experimenting with magnets seeing them first hand attract and repel. The classes also enjoyed predicting what the magnets would stick to around the classroom and learned how very useful they are in everyday life! 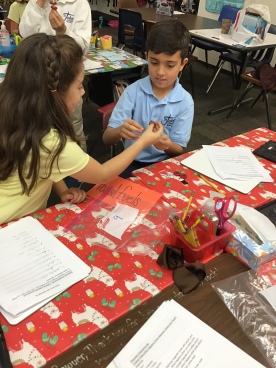 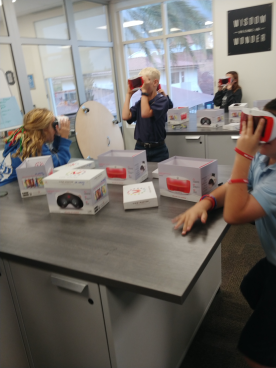 Over the past few weeks third graders have been learning about taking care of our earth. We have learned about how precious natural resources are and how we can conserve them by reducing, reusing, and recycling. Last week students in my classroom had a fun opportunity to look around their homes for objects that were either no longer needed or would typically be trash. Their assignment was to create something useful out of these unwanted objects. This allowed students to experience firsthand what it means to reuse.  It was a fun seeing what our students came up with! 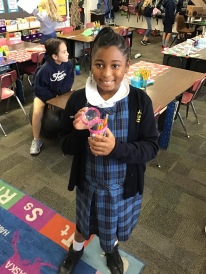 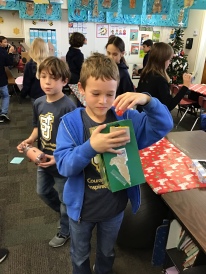 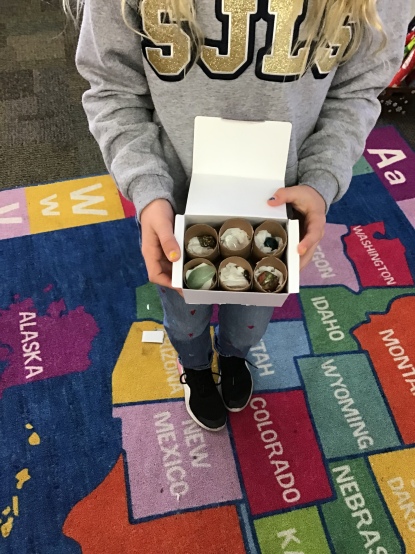 The fifth graders just finished up an exciting novel study on There’s an Owl in the Shower. This novel guides students to take an in-depth look at the importance of caring for our environment.

As a culminating activity, the students coded Ozobot robots in order to retell the story while also discussing the story’s theme and setting. The students wrote out five major plot points from the story and coded their robot to travel through the story. They were also tasked with using code that would symbolically relate to different parts of the story. For example, one group coded their robot to spin in circles when it reached the part of their story that described a fight scene between environmentalists and loggers. Another group coded their robot to move backwards to symbolize the part of the novel when a young owl tries to fly but ends up falling instead. 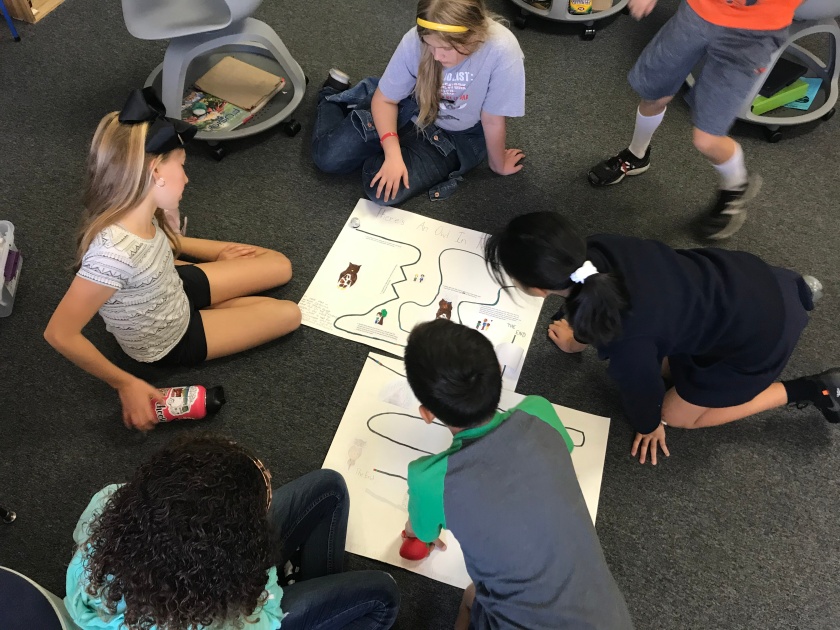 As part of the Spanish curriculum, K-6th grade had the opportunity to be part of one of the most important traditions in Mexico and South America. They learned that Dia de los Muertos is a happy day, a day to remember those who left us, a day to remember their lives.
We had an ofrenda in which we put flowers and candles, similar to the actual ones, so the students could get a proper idea of what the holiday represents and how does it looks. We also had a traditional treat for this day: Pan de muerto, a sweet bread. The students made their own papel picado (paper cut) to decorate their classes.
Sra. Pallete

May everyone remember the great accomplishments and sacrifice we honor on our day off. #mlkday #martinlutherkingjr
#sjlsorange cheer squad took home 1st place! On to nationals! Congratulations Lady Mustangs!
Chapel Drama Skit Team! Way to go everyone! Check out more about the skit team at our blog.
Sharing the love of reading across generations! #loveofreading
Welcome to our esteemed visitors from South Korea! We look forward to hosting you through the end of the month!
Congratulations to our National Geographic GeoBee champion and runner up! @natgeo
St. John's Lutheran School Learning Blog
Blog at WordPress.com.